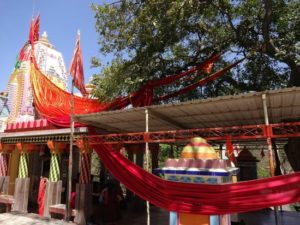 This temple of Kankai Mata is a Place to visit between ahmedbad and gir. History has it that as per the Mahabhrata, Indian mega-epic and its famous character named Arjuna, comes to life. It is located on the jungle’s heart, twenty five kilometers from the Sasan Gir, this shrine of Kankai Mata, has long been known to be benefactor of Gir forest’s shepherds. Not more than fifty devotees are allowed at a single time for night stay.

The Dam of Kamleshwar is officially called Hiran-I-Dam that is an embankment which is rock-filled on the river of Hiran in gujar’s Visvadar. It enjoys a location with the National Park of Gir forest and for the irrigation purposes was completed in the year 1959. This is a very popular reservoir that is well-known for crocodile and bird populations. This has been constructed on seven rivers draining the Gir Sanctuary area. 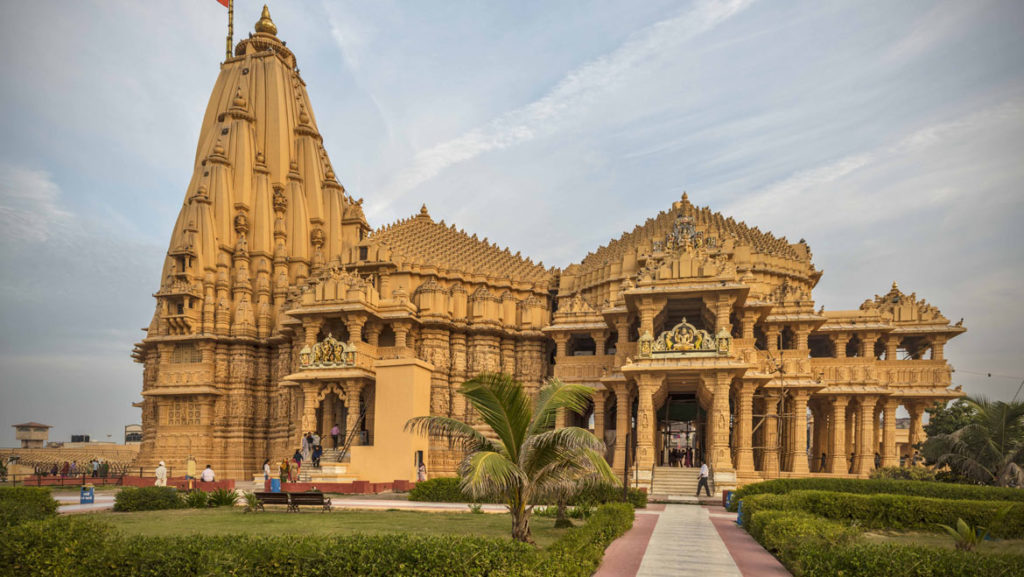 A must-visit  Tourist place in somnath has to be the Somnath Temple. It is believed that it was built by the God of Moon in gold, named Soma. The silver version by the God of sun named Ravi, wooden version by Krishna and the stone version by Rajputs of Solanki, during the eleventh century. The rich tales associated with it, attracted myriad invasions. It commands a view that is breathtaking.

The places in the proximity of Somnath Temple are the caves of the Panch Pandavas, Somnath beaches, Temple of Lakshminarayana, Temple of Triveni Sangam, Suraj Mandir and Temple of Parshuram.

The Somnath temple has imposing architecture that is inclusive of Nandi Idol that looks impressive, massive mandapa, silver doors and intricate carvings. 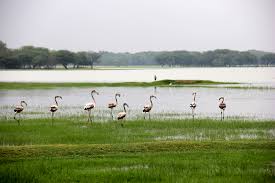 The Nalsarovar lake sasan gir is the largest sanctuary of birds present in the country. It is one of the most important wetland as identified by National Wetlands committee for the intensive conservation. The Place harbors highest waterfowl population and is also a renowned bird sanctuary. It is a birdwatcher’s paradise.

The Devalia Safari Work is twelve kilometers from the village of Sasan Gir in the west. It is located within the National Park of Gir. With a location in the Park’s precincts, it is also known as the Zone of Gir Interpretation, better called Devalia. You are guaranteed lion sightings here. Entire tour in this protected area is conducted in a bus that is enclosed.There is Somnath temple nearby that is a religious site that is highly revered. It is a well-marked Jyotirlinga that is adorned with gold and silver ornaments. People from all across the world come to worship it. 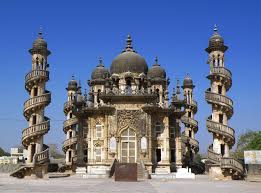 There are very few places that present chances for probing the heavens and earth, wild and human, just as is done by Junagadh. The fort is city’s main center and is called Uparkot that Mauryan Empire’s Chandragupta built. The edicts placed by Asoka are visible even today. The zoo of Junagadh was opened in the year 1863 and today it is home to almost five hundred and twenty five mammals. Junagadh state’s Babi Nawab’s established it. It is open for all weekdays except Wednesday. Timings to visit the zoo is from 9am in the morning to six pm in the evening.

The Uprakot fort is an interesting old fort. It was established at Girnar Hill’s foothills during the Mauryan empire reign and was continuously used during the period of Guptas. It lost importance when Saurashtra region’s capital got moved to Vallabhi from Junagadh by Maitrakas. The Chudasama cleared the area of Junagadh from jungle, when Chavda ruler’s vamansthali, was acquired, according to the bards. Chudasama, a ruler cleared this old citadel from jungle. It can thus, be concluded that citadel’s foundations were laid by Graharipu. Lenged is about the rediscovery of it. 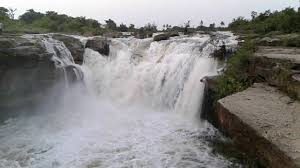 The Jamjir waterfall gir is located in the National Park of Gir and it is also called to be one of the topmost attractions of this place. It is located in Jamvala village that is famous for Jamjir waterfall, kesar mango and peda. The fall is also known as Zamjeer waterfalls and I situated within district of Sasan Gir. It in indeed Gujarat’s biggest falls with extreme water force. This water runs down on different levels inside a pool lying below. The falls is known for the beautiful beauty surrounding it. 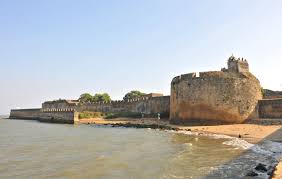 The island of Diu is India’s Union Territory. It is located in Surashtra region’s vicinity and lies close to Podome, Kora, gogola, Dores, Akarpati, Nawabandar and the Hills of Malabar. It used to be a colony of the Portuguese in past and was under Chowda Rajput’s dominion. The muslims ans Waghalas ruled this in turn. It offers some of the most wonderful beaches. Visitors can never know about Islands of Diu at one g because it demands a lifetime for exploring whole of it. It is known for the tranquil ambience it has to offer, cool breezes and sparkling beaches. 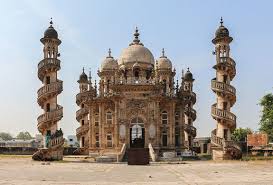 The Mahabat Maqbara is a mausoleum complex that appears otherworldly and is the kind of place of eternal dreams. It was home to the muslim rulers once that were basically the Junagadh Nawabs. Junagadh Nawab Mahabat Khan II built this and is also called the Hasainbhai Bahaduddinbhai mausoleum. 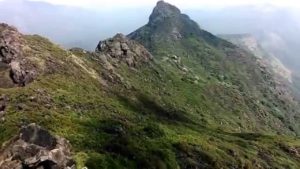 This mountain is also called girinagar or city-on-hill, located in Gujarat’s Junagadh district. The mountain ranges are considered very sacred and it is a pilgrimage site that is very significant for both the Hindus and Jains that gather during festival of Girnar Parikrama. Girnar is a major tirtha out of five major ones that are attributed to “panchkalyanakas” of the different “Jain Tirthankaras”. The Girnar Mountain is are older than the range of Himalayas and is more than thirty six thousand feet high. 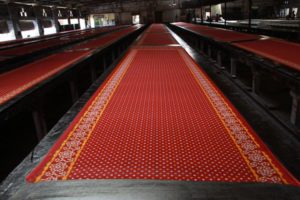 Jetpur is located on Bhadar River’s western bank. This river has south-westerly course. It is seventy kilometers from the town of Rajkot. This place is renowned for its stunning block printing history as well as dyeing. The air here can be found laden with smells of dying stuffs that spiral out of the large vats of copper with layers that appear to be translucent. It is one of the pleasurable destinations for the textile enthusiasts.

The beach of Mandvi is located in Gujarat’s Kutch region. It is a tranquil and pristine sea shore that is the most loved as well as popular destination for holidays. The beach has been found to be endowed with clean and a calm environment making it the city’s peaceful gateway. Smooth silky sand of the beach is more of a carpet that is inviting and gives passage to Arabian Sea’s salty waters.

Chorward Beach This Beach near Gir called the Chorwad beach is home to Junagadh Nawab’s royal palace. It still remains in a state of ruins and that adds to the history of it. The shore is ideal for enjoying the cool breeze from the ocean, an ideal site for excursion and offers accommodation facilities as well. It is known for the architectural beauties and magnificent palaces, thus the best location for short-haul vacation.